Winter Break was so much fun. I went to visit my brother in the US and I couldn’t just stop being happy. Five years without seeing him were finally gonna pay. The favorite part of the trip was that I knew that He had presents for me. When I reached there, because of we both like soccer, we straight up went to play soccer with my old friend in Rwanda, who came to study in the US. The thing I like about my brother is that he doesn’t care. 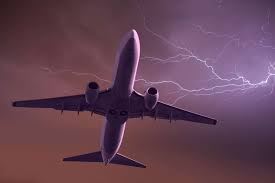 The rain gave us the way for our long journey to Nairobi to Rwanda. I could wait for another hour I was so excited that I couldn’t stop looking at the time to see when the airplane was going to be here. When It was about take off, my brother and dad took their phones and went to do what any human would. I did not even touch or sleep on the airplane because of the excitement that I had. When I reached Nairobi I was just walking around until I felt like I had to sleep. When we were going to Rwanda They were thunder and I couldn’t stop looking at the prettiness of the sky. When we reached in Rwanda I was so excited that I just got out of the airplane and forgot to take my suitcase.

I start school at 8:25, but I don’t get time to see all my classmates because I come to school by bus and it takes a long time to reach to school (because of traffic and students being late). Unlike other schools in Senegal, ISD uses a different kind of timetable. we basically do four periods a day. I’ve heard that in some of the other schools they have break fast in school, well we don’t

After lunch, we go to our third period. During the third and last period, we also get a ten minute break. and then the last period, which I’m always ready to get out of the class. But sometimes when I am excited that it is the last class, it always seems to be long. After school, there is ASA (After School Activities), for middle school students, but I don’t think there is for high school. But some people, in high school, just stay for Waisal (I think it is a tournament for west African international schools) practice or just stay to like hang with there friends. Well that’s all for all for ISD’s weekly schedules.

Last summer, i went to visit my big brother. It was in U.S.A. When we reach their we immediately went where he lived and because we were tired we went to sleep.The second day we were their. We played video games and went shopping and also i bought some good things, for example i bought shoes, T-shirts, chocolates, shorts, fifa 15 and basketball 2k15. I liked many things. When we were still there, my brother and i went to play basketball, skateboarding, played football and also went shopping. I also bought a new phone, but then i left it to my little brother when i came to Senegal.

On my winter break, i slept of course and on the 21 December, i went to visit my sister in the Philippine s when i reached there, i did many things such as: i played soccer, played basketball, ate fish and meat, and went shopping. when i saw their food it was disgusting for me i don’t know for others but for me it was disgusting. And i learned that the Philippines they eat nasty food and too much meat, because it was an island they go fishing. when i came back here in Senegal, i went to the parc zoologique and saw many animals such as: Snakes, Crocodiles, Lions, Tiger, baboons, Monkeys, big lizards, and hyenas.

Welcome to your brand new blog at Edublogs!

To get started, simply visit your blog’s dashboard, edit or delete this post and check out all the other options available to you.

We can walk you through step-by-step in our guide to getting started with your blog.

Welcome to your brand new blog!

This is a sidebar and can be changed in Widgets in your dashboard.

You can also modify number of sidebars in theme options!

I am a student at ISD and this is my second year at ISD. My favourite sports are Soccer and Basketball. The things that I do at my free time is I either read or play soccer or basketball. I hate people who annoy me and I like sports. 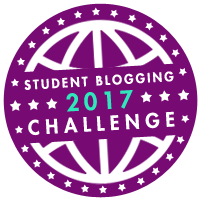